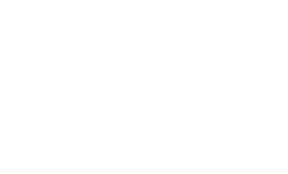 The Heart Gala is a premier, black-tie event benefiting the American Heart Association/American Stroke Association. The event offers hundreds of guests a celebration complete with fine food, elegant ambiance and lively entertainment. This year the theme was Big Hearts Under the Big Top. Guests were entertained with acrobats, jugglers, contortionists, singers, dancers, and a ringmaster as a host. The venue for this fundraiser was Nashville’s beautiful Schermerhorn Symphony Center in downtown Nashville, TN.

This stunning location is a favorite for event planners due to its elegance, unique architectural styling, and proximity to downtown Music City, USA.

This three-ring styled circus featured acts throughout the night and served an amazing Opening Act to the Main Event. It perfectly captured the heart of the Golden Age of the Circus.

Destination Musick City had the privilege of event planning for the American Heart Association.

Big Top themed Spectacles are seeing a resurgence in the event planning world as the decor lends itself to a visually stunning era rife with nostalgia. The charm of a circus is an excellent way for event planners to entertain, amaze, and pull on the heart strings of every audience.

Another successful event! The Bumble party prep was filled with Busy Bees and plenty of Buzz as we worked to create “The Best Date Night Ever.” See the excitement leading up to and during the Bumble party below.

A few of the Musickally talented lunatics at Destination Musick City went wassailing around town last week, led by none other than Buddy the Elf! With kazoos in mouth and sleigh bells in hand, they invaded and entertained folks at CMT, the Westin Nashville, Loews Vanderbilt Hotel, Genesco Corporate Headquarters, and ended with a grand finale at the Nashville CVC!

Check out our caroling videos!

In case you missed it…

The Gary Musick Productions and Destination Musick City crews officially threw open the doors at our new location on the evening of October 6th. After 20 years at our old facility, we’ve moved up to a sleeker and more user-friendly suite of offices fronting our Scene Shop and main warehouse.

Guests enjoyed a variety of fare courtesy of G Catering along with wine and moonshine while checking out the latest scenic offerings in the showcase hall, hanging in the man cave, and competing in the adult trike races.

Feel free to drop by and check out our new place at 193 Polk Avenue, Suite G here in Nashville!

Dance music was handled by DJ Chrissy, one of Europe’s top DJ/host entertainers, who kept the dance floor packed all evening. A grand finale show of fireworks, pyro, fire performers, and a stunning laser show delighted our audience of 600+ award winning sales professionals and their guests. A huge thanks to Tentravel and the staff of the Ritz for being great partners in bringing this evening to life. Most of all, our heartfelt appreciation goes to Christi, Amy, Laura, Eric, Donna, Emily, Dale, and the entire planning team for allowing us to be part of the President’s Club again this year. Gracias and adios…Until next time!!

Our Gary Musick Productions team headed to the exotic Canary Islands last week to produce a pair of amazing events for one of our favorite clients. The first was a black tie gala for 650 top sales people and their guests from around the globe.

The evening was appropriately themed “Fiesta de Carnival”, a nod to the island’s claim of being the second most popular Carnaval Celebration in the world. Highlights included a 20-member Latin drum line, lavishly costumed Carnaval queens, hot Latin dancers, and a custom parade float carrying the executive hosts for the evening.

Vibrant linens and centerpieces in pistachio, teal, azalea, orchid and saffron tones created a stunning backdrop for the evening’s entertainment.

Our bi-lingual host for the Carnaval was Ferrrnando Duran, whose mantra in life became the perfect theme of the night…at Carnival, “MORE IS MORE”!

Dolly Parton and Pentatonix Rockin’ in Front of Cracker Barrel?

Well, yes and no! The country superstar and a capella super group performed Dolly’s classic “Jolene” in front of our Cracker Barrel set on a Nashville sound stage shortly before it was shipped to the Big Apple for a stint on Fox and Friends Weekend where it was quickly dubbed “Rocker-feller Center” by the cast and crew.

Journeys celebrated 30 years of attitude in Nashville, TN with Vans, Toms, and Converse joining the party. Gary Musick Productions and Destination Musick City provided event management on many levels to this multi-company extravaganza. Since this was such a big anniversary, all of the stops were pulled out as top sales reps from all of the country and Britain flew in along with Vans, Toms and Converse employees. They came together and threw several monumental parties and creating memories for another 30 years.

Big Wheel races, Pacman decor, Rubik Cubes, and many more 80’s iconic elements set the vibe for the Vans party as Cage the Elephant performed. The 80’s throwback party was held at Music City Center and was a huge success that was well received by attendees. Event Management for a Prom Party

Converse hosted a Prom Party where attendees dressed up and were treated to flashbacks of their golden years as they danced to DJ Jazzy Jeff and headliner T-Pain, who performed for them. A Prom King and Queen were proclaimed at the end of the night. The decor for this party featured strips of canvas that is used in the production of Converse shoes. Even the Prom King and Queen sashes were made out of shoe material.

Like any good prom, Converse provided a signing banner for guests to sign and write on the Journeys wall.

We look forward to the event management next year as well.

Congratulations, Journeys! Here’s to another 30 years!

The Annual CMT Music Awards were held in Nashville on June 8th at the Bridgestone Arena. Destination Musick City and Gary Musick Productions once again had the opportunity to showcase their powerhouse production and creative abilities by partnering with one of their all-time favorite clients, CMT. The After Party at The Belltower venue in the heart of Music City featured a veritable Who’s Who of musical and entertainment celebrities. CMT’s intention of turning Nashville on its head was inspired and was reflected in the inverted cityscapes that appeared in artwork and projected video images throughout the event space. Upon entering, the party guests were dazzled by a special custom made 3D version of the CMT logo spanning eight feet and which served not only as an eye catching decor piece but also as the go-to photo op for the movers and shakers of the entertainment industry along with their specially invited guests.

LED bar surrounds and lighting instruments featuring custom branded Op-Art styled lampshades added color and ambience to the scene, while projected graphic images splashed across the venue’s four massive windows that were covered with a translucent film to provide a screen for custom video content. Pink tinted lighting washed the ceiling and walls, providing contrast to the teal accents running throughout the themed event’s striking imagery.

Giant pink umbrellas added a whimsical touch within the enclosed stylized patio area that provided places to mix and mingle while enjoying a favorite cocktail.

Handcrafted with in Nashville, TN